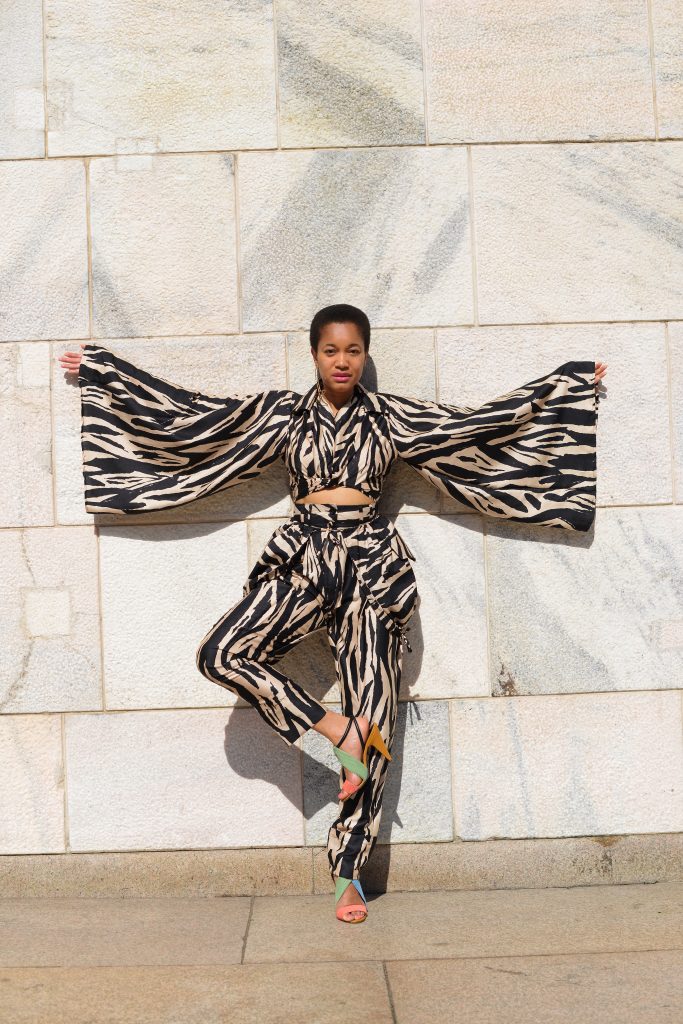 SHOE UP FOR JUSTICE was conceived as Tamu McPherson began to think about what she could do with her collection of favorite shoes.

Highly engaged with her All the Pretty Birds and personal social media audience, Tamu reflected on regular commentary over the years on the shoes she posted. Many in her community often joked with her about sending different styles their way when she no longer wanted to wear them. Initially, she held on to them because she believed they could be used in her styling assignments.

As time went on, it became clear that she would not need them for content creation projects. Upon this realization, Tamu decided to sell her archive of iconic styles to the community who was interested in them from the start.

The idea for the sale solidified during the period of the historic 2018 midterms which resulted in the election of 90+ women to Congress. This pivotal moment in American politics inspired Tamu to donate the proceeds of her footwear sale to a social justice organization, in order to make an impact at the grassroots level.

Leading up to the 2018 election, Tamu met with her dear friend and mentor who has participated in national campaigns to solicit advice about possible organizations. During their conversation he emphasized the urgency of preserving, upholding and restoring the right to vote as a key measure in confronting the political turmoil unfolding in the US, and in addition, ensuring that American democracy functioned as envisioned (for all) by the founding fathers.

The killings of Breonna Taylor, Ahmaud Arbery, and George Floyd crystalised the importance of promoting the right to vote for Tamu. A year after their harrowing murders and the election of President Joe Biden and Vice President Kamala Harris, it is even more crucial to defend the vote as Former President Donald Trump and constituents further the falsehood that the presidency was stolen from him. Unsubstantiated voter fraud claims and the Republican party’s subsequent campaign to suppress the vote are  polluting the hope for progression. The evidence of their motives are revealed through the mounting number of restrictive bills across GOP-led states.

To this effect, Tamu visualized a luxury footwear social justice initiative that would raise funds for a voting rights organization while increasing awareness of the challenges posed to voting by policy and other legal hurdles. Shoe Up for Justice then hopes to ignite curiosity, momentum and enthusiasm towards voting in the All the Pretty Birds and McPherson’s personal online community.